The Sweetest Temptation of the World of Spices

The vanilla is originally native to tropical Central America, more precisely to the jungle of Mexico, and is still cultivated there in large quantities today. Already the Mayas cultivated vanilla and the Spanish explorer Cortés was the first European in the 16th century to be served their special cocoa drink by the Aztecs, which was seasoned with vanilla, among other things.
Today, vanilla is also grown in Tahiti, Uganda, Madagascar, La Réunion, Mauritius, the Sychelles and Comoros, Sri Lanka and Java.
The 2 to 3 cm thick vines of vanilla, a climbing orchid, grow up to 10 meters long on trees. They have numerous, smooth, deep green leaves, which produce inflorescences of 10 to 15 pale yellow orchid flowers from their axils. After pollination, they develop into 12 to 25 cm long fruit capsules. These fruit capsules are also colloquially referred to as vanilla pods.
A number of different types are to be distinguished:

Vanilla is one of the most aromatic spices in the world. It has a soft, intense taste, which varies slightly depending on its origin.
Vanilla contains a variety of fragrances and flavours. The most important ingredient is vanillin, which is produced during fermentation. At the same time, there are 35 other scents and aromas in the vanilla, so that the scent of the vanilla fruit can be clearly distinguished from the pure, synthetically produced vanillin.

All over the world, vanilla is used very classically for desserts and desserts of all kinds. Vanilla gives its name to many sweet delicacies, such as vanilla shake, vanilla pearl, vanilla pudding and vanilla ice cream.  Nevertheless, it also gives smoothies, biscuits, cakes and creams a unique fragrance and a wonderfully warm spicy note. Especially at Christmas, time vanilla is in high season.
But if you would like to try something new, you can also try vanilla with more hearty dishes such as fish or meat. 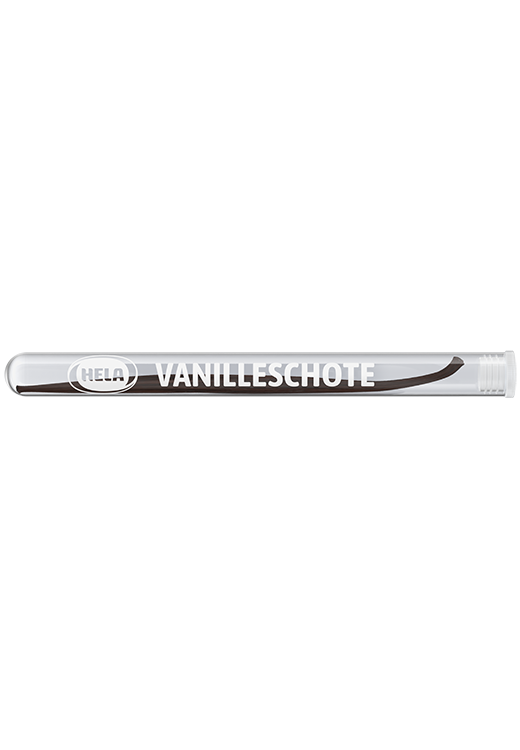 Vanilla Bean
Spice-Library
Filter the selection
Filter by first letter: A to DE to IJ to MN to QR to UV to Z