Pepper is the best known of all spices. White and black pepper were already known in ancient times. The Arabs and Venetians in particular transported the valuable spice by land to Europe. In the 15th century Portugal established the first European colony in Asia on Goa, the direct sea route to Asia and thus to pepper was discovered.
Originally, the pepperbush is native to the warm and humid monsoon forests of Asia. Today, white pepper is mainly grown in Indonesia and Malaysia.
The pepper plant loves the warm and humid sea climate of the tropics and usually stays below 500 meters above sea level. The pepper plant is an evergreen climbing shrub that is grown similar to hops on high wooden poles or trees. The plant rises about nine meters. Only in the third year, the tree begins to bear fruit and the individual trees can be used for cultivation for about 20-25 years.
For the production of white pepper, the ripe red pepper berries are processed. They are filled into bags and watered in weakly flowing water for about eight days. The berries are then spread out and removed, usually by trampling or rubbing, the softened flesh and the outer skin, leaving only the white seed. This is then dried and the white-yellow color is retained.

White pepper also has a full, round sharpness, but a slightly milder, earthy aroma than black pepper.

White pepper is suitable for almost all kitchens in the world and is particularly suitable for light meals, because the black dots of black pepper have a disturbing effect on the connoisseur. Sauces and meat broths, white meat such as poultry, veal or pork as well as fish get a fine pungency. White pepper also goes particularly well with fricassees, casseroles, potato and pasta dishes.
Freshly ground from the mill or crushed in the Möser, the unique aroma of white pepper comes into its own. 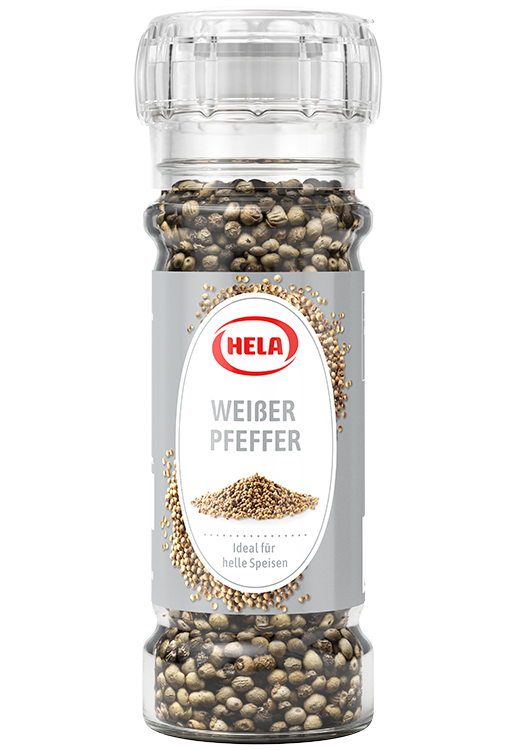 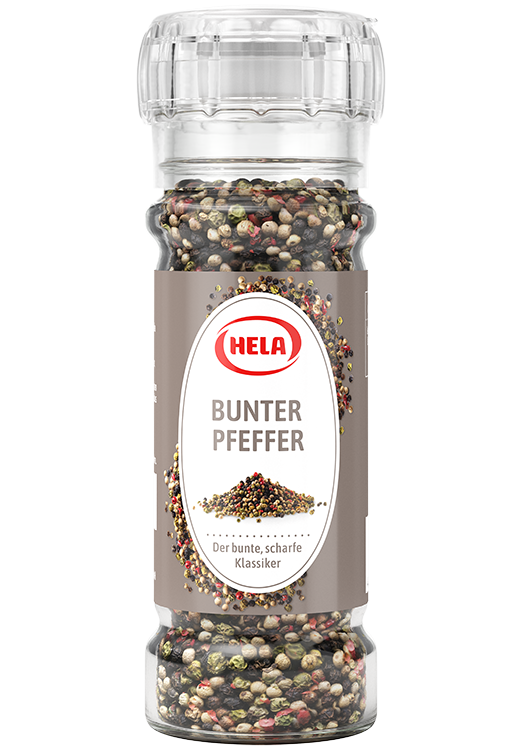 Spice Grinder Pepper Mix
Spice-Library
Filter the selection
Filter by first letter: A to DE to IJ to MN to QR to UV to Z